William Sargant: Dark General in the Battle for the Mind 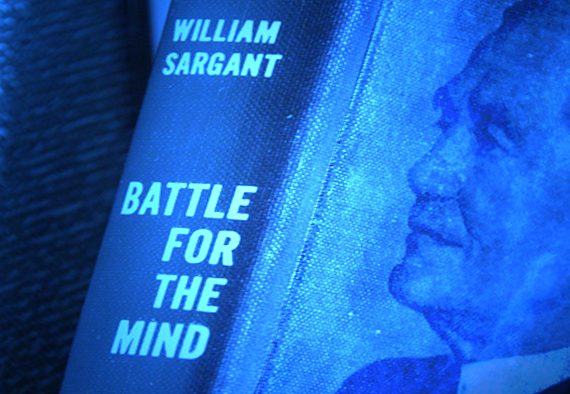 “Some people thought he was a wonderful doctor; some people he was the son of the Devil” … “Today, nobody knows who is William Sargant.”

Dr. William Sargant was perhaps the foremost face of British mind control experimentation. A gangly fellow, he could have easily passed for Nosferatu on looks alone, but it is his lifelong work in extreme psychiatric treatments and human experimentation that draws out the real horror. 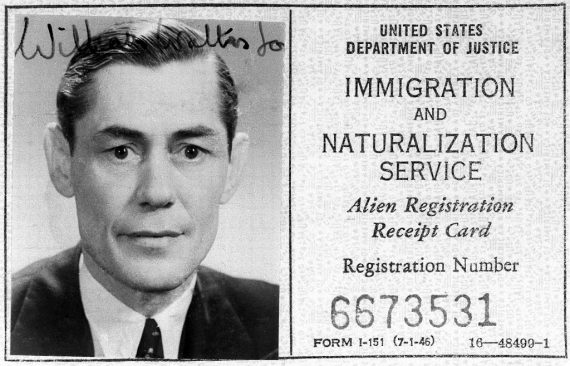 For better or ill, he became known for his pioneering efforts in psychosurgery, deep sleep treatment, electroconvulsive therapy and insulin shock therapy. At the time, his reputation was foremost; in the years hence, revelations about the CIA’s MK Ultra research, and the involvement of MI6, with whom Sargant collaborated, have made his dark legacy yet another embarrassing skeleton in the closet. Indeed, most of the documents related to his work have been destroyed.

The equally shocking work of Dr. Ewen Cameron, working in Montreal, Canada at the Allen Memorial Institute at McGill University on MK Ultra Subproject 68, was partially based on the work of Dr. William Sargant; the two controversial doctors collaborated closely, and the latter wrote the intro to the books published by the former. The deep sleep experimentation of Dr. Harry Bailey – and the doubly shocking abuses and deaths of his patients, and his subsequent suicide – similarly paralleled the dark inquiries of doctors William Sargant and Ewen Cameron.

From Sargant’s book Battle for the Mind: A Physiology of Conversion and Brain-washing

At its core, Sargant’s disturbing treatments evolved out of the work of eminent Russian experimenter Ivan Pavlov, whom he was able to study under, in a similar manner to many key American doctors tapped for clandestine probings of the mind. 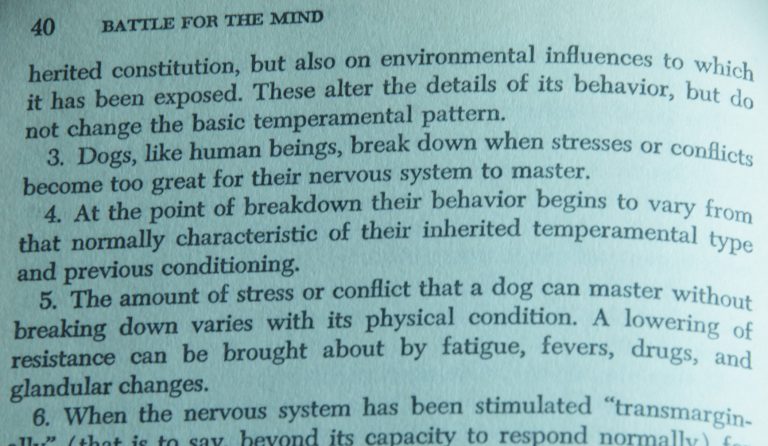 Battle for the Mind became Sargant’s best known and most provocative book, drawing from anthropological studies of cults and transformative magic rituals. The likes of former OSS agents Margaret Mead and Gregory Bateson, physiologist Walter B. Cannon and William Sargant himself undertook to decode these cultures, connecting a very real physiological power over the body and brain that is powered by psychological beliefs in religious or magical traditions that heavily persuade — or even takeover — the mind. 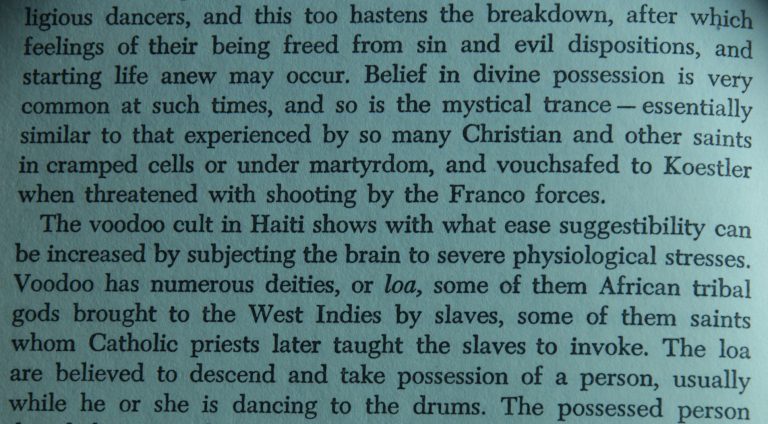 However, as Sargant keenly notes, the same effect of a voodoo ritual, etc., can be achieved at a rock concert or old timey religious revival. More recently, these techniques have been adopted by leading politicians, news anchors and celebrities. 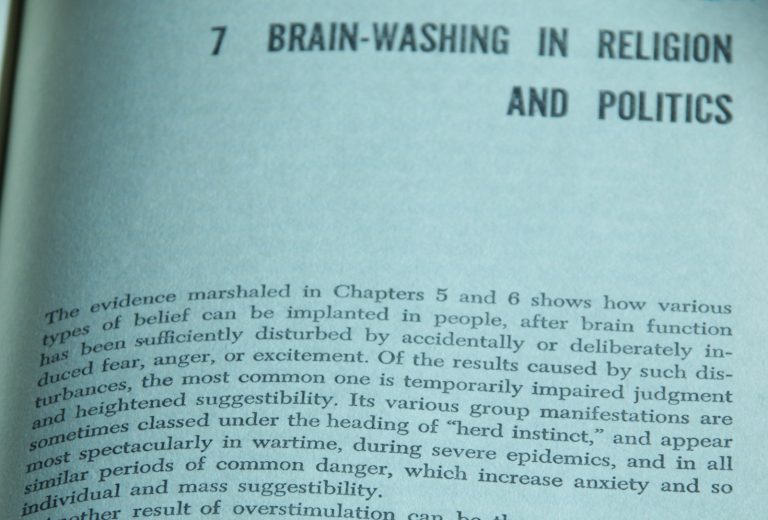 Science’s understanding of the power of belief has long been harnessed by covert agencies, weaponized and advanced again in the subsequent generation by psychotic doctors who themselves have bought into the myth of their own power and the causes and rationales of the Cold War that continued to drive and funded their research.

As for William Sargent, his work became a controversy, the shock and public outrage over his work contained from spilling over into his colleagues, still unknown, who quietly continue and advance this work.

Instead, it seems that his books are largely out of the libraries, and out of the public’s mind – i.e., once again buried into obscurity.

From the video below:

“Some people thought he was a wonderful doctor; some people he was the son of the Devil” … “Today, nobody knows who is William Sargant.”

By the time Sargant had passed away, even the BBC, foremost voice of propaganda for the British establishment, laid down a heavy criticism of his dangerous and harmful practice:

The science behind the psychology remains the driving force, and the strongest thread, the universal tool in a seemingly random and haphazard kit of trickery and spy-vs-spy scheming.

Many of these elements are hinted at and touched upon in our new series “The Cold Noir”. The mechanics for control are utterly horrifying, and facing up to them means, strangely enough, delving into our psyches and finding logic in the landscape of illusion and patterned thinking.

The general public is not ready to face the totality of experimentation into mind control. The truth is incredibly dark, and much of the territory is unpaved, and uncharted by documentation and direct accounts… an abysmal niche behind the veil against which there is no one to hold into account or restraint.

The first two episodes of The Cold Noir are up on Amazon now! Our Patreons also always get first watch (AND THANK YOU TO ALL OUR PATREONS! It means the world to us.)

As always, the larger target is the general population — control over the masses, as Sargant noted: 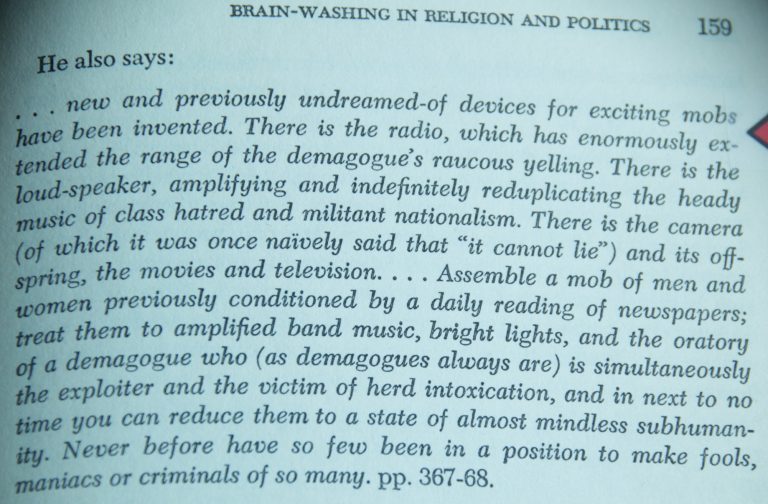 Related: The Minds of Men