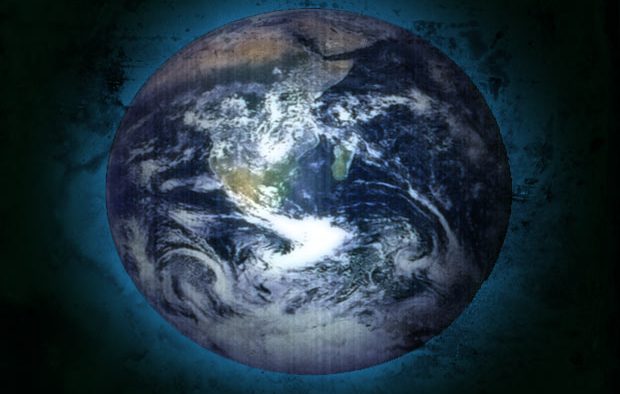 According to Michael E. Arth (Earth?), the planet’s future looks grim because there are just too many people living on it.

In an interview with Vice, the urban designer, former Florida gubernatorial candidate and futurist proposed the concept of ‘birth credits‘ to help curb what he terms a “slow-moving, global disaster like overpopulation”:

“China, and the rest of the world, would be better served by a choice-based marketable birth license plan, or ‘birth credits,’ that could stop or reverse population growth on a dime… Each person would be issued half of a birth credit, which he or she can combine with a partner to have one child, or a person can sell his or her (half) credit at the going market rate. Each additional child costs one more credit. Noncompliance would bring a fine greater than the cost of the credit, and there would be sanctions for non-compliant countries (such as migration restrictions).”

The Wikipedia entry for birth credits (which we’re just guessing was actually written or edited by Arth due to the tone which seems to suggest what a brilliant idea birth credits are) explains the scheme in more detail:

“Birth credits would allow any woman to have as many children as she wants, as long as she buys a license for any children beyond an average allotment that would result in zero population growth. If that allotment was determined to be one child, for example, then the first child would be free, and the market would determine the cost of the license for each additional child. The incentive to society is the prevention of an overpopulation-related tragedy of the commons, including an immediate reduction in unwanted children… As with traffic laws, enforcement of birth credits could be through fines, tax levies, or loss of privileges.”

The Arth plan — which Wikipedia says would “serve more as a wake-up call to women who might otherwise produce children without seriously considering the long term consequences to themselves or society” — also assumes that rich people won’t buy extra birth credits because they already limit their families by choice. (Tell that to billionaire Ted Turner who has five children but advocates a one-child policy for the rest of the world to reduce the population down to two billion people.)

Sounds like those with more money will be able to afford to procreate or at least have an option to procreate the most and the poor people won’t. Sound familiar?

The austerity measures used to achieve the solution do not improve the lives of the many, but instead, deliberately deprive them. With carbon credits, people’s access to energy is cut off if they cannot afford to pay a premium for it; in the case of birth licenses or credits, the right to reproduce is determined by a cruel sliding scale of eugenics mathematics.

Fellow overpopulation eugenicists John Holdren and Paul Ehrlich (known for The Population Bomb) were beating a similar drum back in 1977’s Ecoscience, presenting views that eerily parallel Arth’s draconian blueprints for population control. This textbook revealed in a section titled “Involuntary fertility control” how such a reaching birth licensing scheme could be rolled out, and at what price to liberty:

“The development of a long-term sterilizing capsule that could be implanted under the skin and removed when pregnancy is desired opens additional possibilities for coercive fertility control. The capsule could be implanted at puberty and might be removable, with official permission, for a limited number of births. No capsule that would last that long (30 years or more) has yet been developed, but it is technically within the realm of possibility.” (Pg. 786-7) [emphasis added]

Key phrase here: “with official permission”. In Holdren and Ehrlich’s book, such permission would be granted by a ‘planetary regime’ that also has control over all international trade and all food on the international market — a one world government.

Who do you think will ultimately control the birth credits in Arth’s plan?

“Now, thanks to the one-child policy – to which there are many exceptions, by the way – China’s ageing population will probably not grow much more from now on, as long as they don’t remove the restrictions.”

Exceptions? Arth fails to mention the fact that A) China already has a below-replacement fertility rate and B) because of the nation’s barbaric one-child policy combined with the preference for male children in China, female infanticide has skyrocketed, leaving the country’s ratio of boys-to-girls severely skewed. As a result, ‘Bride kidnapping‘ has resurfaced throughout the country, a practice that occurred regularly throughout China until the 1940s. Stories of little girls getting kidnapped so sons can have wives come out of China on a regular basis these days.

In addition, the horrific practice of forced abortion is a daily occurrence in China; that means government officials break into a pregnant woman’s home, drag her out against her will and take her to a hospital where she is forced to undergo an abortion which could be performed at any stage in her pregnancy.

Arth also goes on to say that zero population growth is a good goal, but really we need to do more:

Interesting, considering the actual data shows that the majority of developing countries are already sitting at zero or negative population growth as it is. The only countries that are not in that category are developing African nations that happen to have some of the shortest life expectancies on the planet. Whereas people in developed nations live an average of 80 years, people in many of these African nations have an average lifespan that doesn’t even reach 50 years.

But Arth asserts that in the near future, people will live indefinitely, so we have to plan accordingly and start depopulating faster now. He does not seem to realize that the technocratic elite do not plan for such technology to ever be available to everybody. The plebs aren’t invited to that party.

Think about it. If these people are this worried about supposed overpopulation now, why in the world would they want to make everyone live forever?

At one point in his interview, Arth actually said, “If we had addressed these issues in 1985, two billion people in the world now living on less than two dollars a day would never have been born.”

Arth’s zeal for eugenics depopulation schemes could hardly be more evident than if he advertised it on a giant billboard hovering in E. Arth’s orbit.

And Then They Came for the Books…
Aaron Dykes Oct 20

The Purpose of Disruption
Aaron Dykes May 15