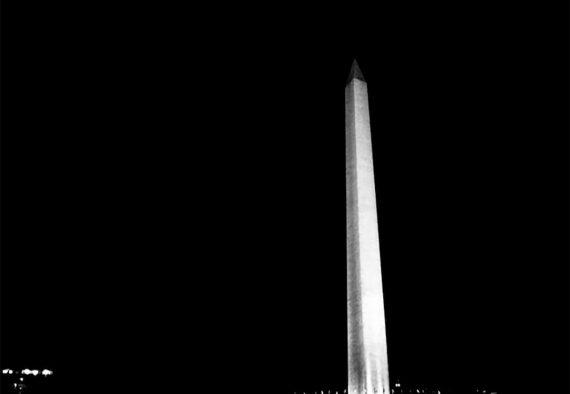 Editor’s Note by Aaron: As usual, the Davos elite have taken up a paternal tone, as they warn the masses against their disbehavior. Like a dictator out of the Hunger Games, etc., is the implicit threat… buck our order and get your populism with a big fat dose of instability, war, chaos, and ultimately, once on your knees, domination under our global “peace” program.

Does the future hold another round of financial servitude, or can the crowd realize the strength in numbers and change things for the better?

Multiple studies are finding that trust in central governments and their institutions (including the establishment media) is at an all-time low around the world.

Love your country, but never trust its government ~ Robert A. Heinlein

Weakened and distrusted central governments around the world have been incapable of responding to the way the internet and social media have empowered populist but previously fringe groups, a unique worldwide survey of government communication chiefs has found.
The survey spanning 40 countries is the first international review to reveal how deeply governments feel they are losing control and authority over communications.

…how deeply governments feel they are losing control…

Distrust of central governments and institutions of authority plus Internet as an alternative means of gathering information have combined and snowballed into an uprising of nationalism and populism, although the people attempting to run this dog and pony show like to mush those two concepts together with radicalization and extremism… because if you don’t trust your loving central government, you obviously must be a radical extremist.

“When people feel ignored, unheard and unrepresented they turn to alternative sources of information. If governments do not communicate with citizens properly, citizens will go somewhere elsewhere for information,” the report says.

Another way of reading this? “Waaaah! Our propaganda is no longer working!”

The report also says people are “more apprehensive than perhaps at any time since the end of the cold war”. Really? Could that be because they are finally are more informed?

And yet, the people running things somehow act confused when 75% of the 300 government workers surveyed for the study admit the average citizen’s voice is not taken into account when key decisions are made.

Meanwhile one of the world’s biggest marketing firms called Edelman came out with a survey that found trust in the global power structure including governments, non-governmental organizations, major corporations, and the mainstream media is at an all-time low across the board:

The firm’s 2017 Trust Barometer found that 53 percent of respondents believe the current system has failed them in that it is unfair and offers few hopes for the future, with only 15 percent believing it is working. That belief was evident for both the general population and those with college education.

What do you want to bet that 15 percent who claims to believe the system is actually working are a part of it? The system is working after all… for the elite in charge of it.

This is the first time in 17 years that Edelman has found trust decline in all four sectors surveyed. The findings were across the board, regardless of education level.

In addition, they determined that the burgeoning wealth gap and income inequality are linked to a lack of trust; the lower the income, the less trust. Look around. That makes sense.

The Davos elite’s annual meeting is happening this week and one of the themes this year is about how nationalism will lead to war. China’s President Xi Jinping, the first to attend Davos, is promoting “inclusive globalization” at the forum, warning,

“With the rise of populism, protectionism, and nativism, the world has come to a historic crossroad where one road leads to war, poverty, confrontation and domination while the other road leads to peace, development, cooperation and win-win solutions,” Jiang said.

Jiang believes globalism is the only road to peace, the same tripe the masses of the world have had crammed down our throats by leaders like Jinping since World War II and the creation of the United Nations.

It’s been over 70 years now… how is that working out?

What’s obvious is that the system needs us to keep fighting among ourselves with manufactured race wars and other distractions because if everyone stopped for a moment to really look around at what’s going on, the masses would realize that we’re being returned to serfdom. Neo-feudalism.

But the angry masses are waking up, though.

“The implications of the global trust crisis are deep and wide-ranging,” said Richard Edelman, the firm’s president and CEO. “It began with the Great Recession of 2008, but like the second and third waves of a tsunami, globalization and technological change have further weakened people’s trust in global institutions. The consequence is virulent populism and nationalism as the mass population has taken control away from the elites.“

Yeah, about that control… I’m thinking the elite are going to do whatever it takes to get that back…

Previous Article
The Privacyless, Freedomless, Cashless Smart City of 2030 the Elite Are Engineering Us Into
Next Article
Impeaching the Federal Reserve? It Happened in 1933… Here’s Why